You are at:Home»Smart Beta Channel»Buyback ETFs Could Strengthen as Companies Buy Back on the Cheap 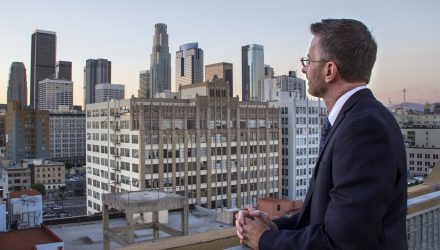 Buyback ETFs Could Strengthen as Companies Buy Back on the Cheap

With the U.S. stock market dipping into correction territory, Corporate America could step in and buy back their own shares on the cheap, potentially bolstering ETFs that focus on the share buyback strategy.

According to Goldman Sachs, the market sell-off is “overdone” and will be partially offset in part by companies returning to share repurchases as fundamentals still underpin values, CNBC reports.

“The recent sell-off has priced too sharp of a near-term growth slowdown,” David Kostin, Goldman’s chief U.S. equity strategist, said in a note to clients. “We expect continued economic and earnings growth will support a rebound in the S&P 500.”

Goldman Sachs also predicts the market strengthening close to 6% over the next two months, with buybacks helping to support the gains.

According to FactSet data, 48% of S&P 500 companies have reported quarterly earnings, revealing earnings up 22.5% for the same period year-over-year. However, some have expressed concerns over the future outlook in the late economic business cycle, especially the impact of tariffs and rising rates will have on growth.

“But not all assets are pointing to an imminent economic downturn,” Kostin said, adding that corporate credit spreads also have not widened to an extent that would indicate a slowdown.