You are at:Home»Smart Beta Channel»As Rates Rise, Where Can Bond Investors Go? 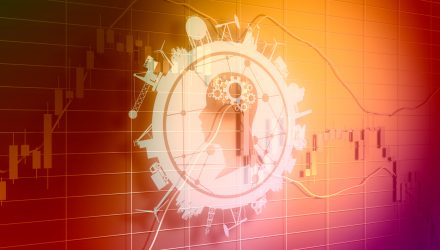 As Rates Rise, Where Can Bond Investors Go?

However, you’ll note that short-term bonds beat out their longer-dated counterparts by a solid margin. Arguably, this is due to their lower duration risk, as rising rates failed to have the same impact on short-term debt that investors experienced with intermediate-term debt, though both experienced a positive performance for the time periods in question.

In previous cycles when Treasury rates increased by at least 100 basis points in a given 12-month period (over the past 25 years), there is a much clearer difference between short- and intermediate-term debt, and how these two have historically moved in opposite directions during rising Treasury rate environments.

Part of this is due to the fact that shorter-term bonds have less interest rate risk and can thus react quicker to rising rate environments. This can make these bonds relative safe havens when compared to long-term securities. It also shows that, at least in the past, a rising benchmark rate doesn’t necessary spell doom for those on the short-end of the curve.

The present bond environment presents some interesting considerations for fixed-income investors, based on the charts below. Duration risk for short-term bonds has remained pretty much flat over the past few decades while the same cannot be said for intermediate term debt. Investors in intermediate-term debt are hardly being compensated for their additional duration risk relative to their short-duration peers, while yields have begun to really pick up on the short end of the curve, arguably at an elevated pace relative to longer-term securities.

From a current yield perspective, short-term bonds are within 100 basis points of their intermediate-term cousins, despite having a duration roughly a third as long. So, while yield is lower for short-term securities, the risks may be less—thanks to their lower duration– should rates continue to march higher.

This focus on the short end of the curve could be especially beneficial going forward should the yield curvecontinue to flatten. With a flat curve, where short-term yields are increasingly close to long-term yields, income levels for short-term debt tend to make securities at the short-end of the curve a more compelling choice for fixed-income investors, particularly given their low duration levels.

Many investors likely feel that rising rates represent a doom scenario for fixed income. However, that is not necessarily the case for certain types of debt, especially in the short-end of the curve.

Bonds in that range have seen yields pick up lately, and without a corresponding increase in duration. Investors have also seen securities in the short-end of the curve outperform, not only during previous Fed rate hike cycles, but when Treasury yields were rising as well. Given this, it may be an intriguing time to give short-term debt a closer look, particularly if recent trends in rates continue.