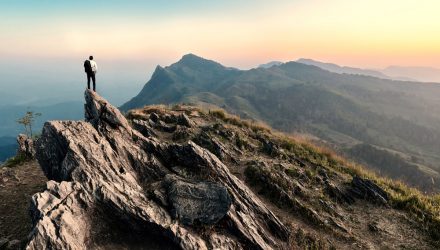 An Adventurous Idea for Small-Cap Investors

At a time when the U.S. small-cap stocks and exchange traded funds, such as the iShares Core S&P Small-Cap ETF (NYSEArca: IJR) and the iShares Russell 2000 ETF (NYSEArca: IWM), are trailing large-cap funds by wide margins, considering small-cap growth stocks may seem to be a risky proposition.

To be sure, the iShares S&P Small-Cap 600 Growth ETF (NASDAQ: IJT) has managed only a modest year-to-date return. The $4.2 billion IJT tracks the S&P SmallCap 600 Growth Index. Value stocks typically trade at cheaper prices relative to fundamental measures of value, such as earnings and the book value of assets. In contrast, growth stocks tend to run at higher valuations since investors expect the rapid growth in those company measures.

Cyclical stocks, like materials, industrials, energy and technology companies, are more economically sensitive and do well when the economy is improving. With the Federal Reserve set to hike rates, the rising rate environment would signal a better economic outlook. IJT, which holds 352 stocks, has a highly cyclical sector tilt.

The growth style, though, may be gaining momentum as investors turned to upbeat economic and earnings data, causing many to adopt a more risk-on attitude. Since growth stocks show high multiples, investors may expect that the companies will sustain a high growth rate. In contrast, traders may feel that firms with low multiples would continue to experience tepid growth.