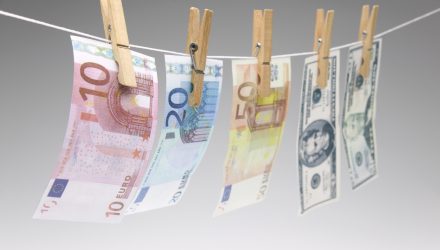 A Currency Hedge For Developed Markets

Japan and the U.K. combine for over 41% of HEFA’s geographic exposure. France and Germany, the Eurozone’s two largest economies, combine for over 20%. As a developed markets fund, HEFA is not highly volatile as highlighted by a three-year standard deviation of just under 11%.

“From its launch in January 2014 through December 2016, the fund outperformed 98% of its competitors because the dollar appreciated against many foreign currencies, benefiting a hedged strategy like this one,” said Morningstar. “But the dollar subsequently depreciated in 2017, causing the fund’s total return to fall to the bottom of the category for that year. Over long periods, currency movements tend to have little impact on total returns.”

Morningstar has a Bronze rating on HEFA.