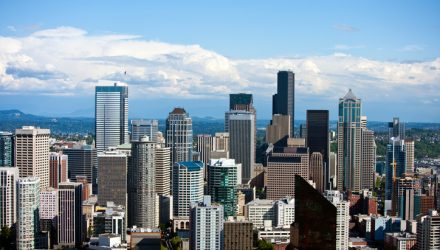 “The small-cap rally is far from done, says Todd Gordon of TradingAnalysis.com, who argues that the charts point to even more gains for the group tracked by the Russell 2000,” reports CNBC.

Tax reforms could also support smaller companies pressured by a weaker dollar. Small-cap earnings lagged behind the 10% jump for large-caps.

“To determine how high the Russell 2000 could rally, Gordon looks at the Russell-tracking IWM ETF. He says that the current consolidation in IWM could actually see a repeat of the last time there was a pullback. Essentially, Gordon points to a slight pullback in IWM at the beginning of September and says the slight drop in IWM at the beginning of this month mirrors the distance of the first,” according to CNBC.