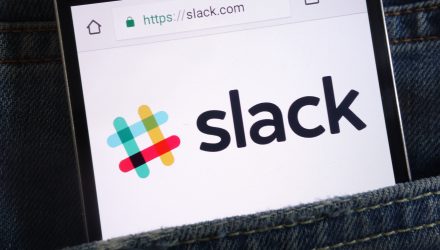 The proprietary business communication company is benefiting from the national work-from-home shift resulting from an attempt to stem the COVID-19 pandemic. In late April, Chief Executive Stewart Butterfield told MarketWatch that “simultaneously connected” users on his software grew by 25% in a single week in March, and that the company added 9,000 new paid customers from Feb. 1 to March 25, an 80% gain over the full quarterly total the preceding two quarters.

“We believe the long-term impact the three months and counting of working from home will have on the way we work is of generational magnitude,” Butterfield said in a statement announcing the results. “This will continue to catalyze adoption for the new category of channel-based messaging platforms we created and for which we are still the only enterprise-grade offering.”

Butterfield was even more excited later in a conference call with analysts, calling the quarter “phenomenal.”

“We plan to continue to invest, as we see the current crisis accelerating digital transformation and the transition from email to channel-based messaging platforms over the medium term to long term,” Chief Financial Officer Allen Shim said in a written release. “At the same time, we will manage the business prudently and with a goal of showing consistent operating leverage and progression toward being free cash flow positive.”

The Renaissance Capital IPO ETF (IPO) and the American Century Focused Dynamic Growth ETF (FDG), which hold allocations of the stock in their portfolio are both almost 2.5% Thursday.

In addition, Slack is partnering with Amazon in a multi-year agreement which signifies that all Amazon employees will begin to utilize Slack, as heightened competition from Microsoft Teams is beginning to heat up. The communications company will also transfer its voice and video calling features over to Amazon’s Chime platform in conjunction with a wider adoption of Amazon Web Services (AWS).

It’s not immediately clear how many of Amazon’s 840,000 employees will be using Slack as of yet, however. Up until today, Slack’s biggest customer has been IBM, which is putting Slack to use for its 350,000 employees.