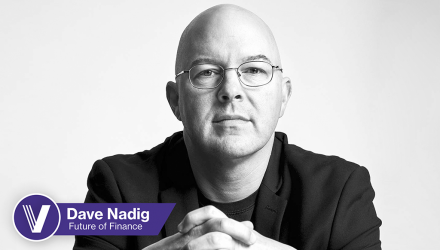 Today marks the launch of the U.S. Benchmark Series of ETFs from F/m Investments, a set of ETFs that each hold a single tenor of U.S. Treasury securities. UTWO, for example, will only ever own the current “on-the-run” two-year Treasury, UTEN does the same for the 10-year, and TBIL does it for the three-month.

If the recent launches in the ETF space confuse you (what with multiple flavors of single-stock leveraged and inverse ETFs now dominating the daily blotter), then you’re not alone. Over the past few weeks, we’ve had a phase shift in how folks should think about ETFs. It used to be that I could get away with shorthanding the entire ETF industry with a somewhat thoughtless comment like, “ETFs are just portfolios of securities you can trade like a stock! Just like a mutual fund portfolio, but with a special sauce that makes it tax-efficient, transparent, and tradable!”

While it’s been the case for quite some time that you could own a single asset in an ETF, those use cases have been in difficult bridge markets, like gold or front-month oil futures. Owning either as a portfolio asset was actually very difficult and very inefficient before we had the SPDR Gold Shares Fund (GLD) and the United States Oil Fund LP (USO) to turn to. The use case was clear and applied frankly to any kind of investor; everyone from hedge funds to my mom likes to have a little slug of gold around.

The recent launches of single-stock ETFs expanded that playbook quite dramatically, even if the first products seemed relatively unassuming. (Inverse TSLA? Sure. 2X Nike? Sure.) I referred to them when they launched as “extremely sharp tools,” and I stand by that — they are tools, and they’ll do exactly what they say they’re supposed to do. They’re just a bit expensive and come with caveats around being day trading tools, but the use case is, again, quite clear.

These new products from ETF newcomer F/m Investments are even simpler products but with less clear use cases. All these products do is own the currently trading bond of each tenor. For example, here’s the opening portfolio of UTEN:

(Putting aside that they’ve got some cleanup to do on the presentation of net assets and shares here, it’s launch day, and I cut folks some slack on the hardest days of their lives.)

Clearly, the fund owns just one 10-year bond, with a coupon of 2.875%. That’s it but for some small cash. The next auction of 10-year notes is August 10th (tomorrow), so I would fully expect that in a few days, when you check the holdings, UTEN will be owning the series marked 15 August 2032 — the next “on-the-run” 10-year note.

That’s it. Those are the mechanics, which begs the question:

Most investors get their bond exposure in one of a few ways:

If you are an investor in the first three buckets, these really don’t do anything for you at all. However, suppose you’re in that last bucket. In that case, a key part of your strategy may be playing movements in the yield curve, profiting from steepening or flattening without taking on credit or duration risk explicitly. That’s definitely a real thing. There are whole tutorials on how to do this even as an individual investor (please don’t). It’s enough of a thing that for a while, we even had dedicated steepener/flattener ETNs from Barclays until 2020, when they shut them down due to lack of interest. The big winner incorporating at least one side of the equation was definitely Quadratic’s IVOL, which now has a massive $1.5 billion under management, but is decidedly active and does more than just play a steepening curve.

So, how would these help? They help because on-the-run bonds are the most liquid part of the Treasury market. They’re literally what we mean when we say “the 10-year fell a point” or whatnot. We’re referring to the specific bond that these will hold. This means your portfolio can now more or less track precisely the same thing as your model, less the fees and any trading slippage in the ETF. And because these are the most liquid bonds in the world, arbitraging out any minute price discrepancies will be cake for authorized participants. (The downside, mostly, is potential tax liability — these things will have 400% annual turnover by design, and I suspect some aggressive use of heartbeat trading will be the only way around capital gains payouts should rates decline in some future quarter.)

So What? Big Deal

If it isn’t obvious yet, these products are probably not “for you” — even when they fill out the rest of the prospectus-offered products to include every tranche of U.S. Treasuries (which is only a matter of time).

But mostly, I think these products are targeted at a single audience: folks (institutional, hedge fund, Redditors) who have an extremely precise rates-driven model that requires tightly honed trading access to the on-the-run bond curve at a scale small enough to make it annoying or expensive to run in house, which is a mouthful, so I’ll just call it a “CurveNerd Model.” If you, magically, are running a CurveNerd model, or you’re a Ph.D. student desperate to find some corner to stake out as your own by promoting an even better CurveNerd model, well, this is your lucky day.

Otherwise, just another day in the ETF zoo.