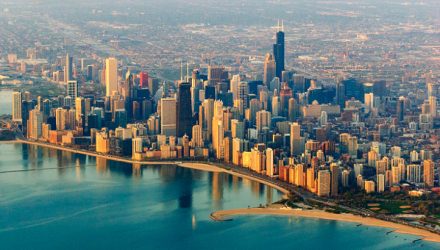 Signs of a Small-Cap ETF Resurgence

Somewhat quietly, IWM is higher by more than 3% over the past month, topping the S&P 500 along the way. That could be a sign of more upside to come for smaller stocks.

“On a chart of the Russell 2000 relative to the S&P 500, technical analyst Carter Worth noted that the small-cap index was underperforming its large-cap counterpart toward the end of 2015, but has since played a massive game of catch up,” reports CNBC. “Additionally, Worth highlighted a key consolidation period over the last several months on the chart, which could lead to a massive move higher.”