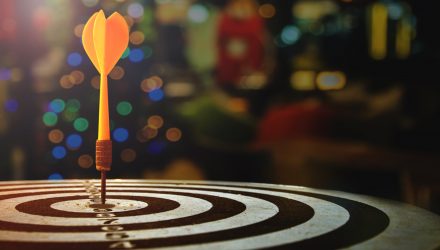 Bond investors have been dumping their exposure to the more riskier segment of the fixed-income market as U.S. Treasury yields reached a level that triggered a global sell-off. However, stocks have rebounded this week.

With yields on more conservative debt going up, traders view the yields on junk debt less as less attractive in comparison relative to the risk exposure. For example, JNK has a 5.68% 30-day SEC yield.

“Short interest as a percentage of shares outstanding on the SPDR Bloomberg Barclays High Yield Bond ETF, ticker JNK, surged to more than 30 percent Wednesday, according to data from IHS Markit Ltd. That’s about a threefold increase from January and the largest short position in the fund since 2010,” reports Bloomberg.

However, some bond market participants believe the recent pullback in high-yield debt was not all that surprising, particularly when noting how tight spreads had become. Short bets against JNK do not come cheap.