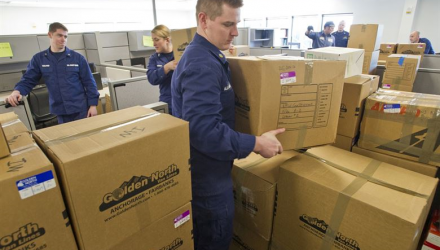 The Institute for Supply Management released a report on Thursday that revealed a growth increase in U.S. service sector activity–a pace that was higher than expected in the month of August. According to the ISM, its non-manufacturing index jumped to 58.5 during the month of August–about three points higher than the previous month.

“There was a strong rebound for the non-manufacturing sector in August after growth ‘cooled off’ in July,” said Anthony Nieves, Chair of the ISM Non-Manufacturing Business Survey Committee. “Logistics, tariffs and employment resources continue to have an impact on many of the respective industries. Overall, the respondents remain positive about business conditions and the economy.”

The survey also revealed that 16 of 17 services sectors reported growth during the month of August, which was led by construction, transportation, retail trade and educational services. The general sentiment by the companies surveyed was positive, but the risks of tariffs between the United States, China and the EU were still on many of their minds.

Nonetheless, the companies responding to the survey “remain positive about business conditions and the economy,” said Nieves, chair of the ISM’s services committee.

Countering this report was the Commerce Department releasing data that showed factory orders for July falling 0.8%, which was greater than the 0.6% decline that was to be expected according to a survey of Thomson Reuters analysts. Data the previous month showed an increase of 0.7%.