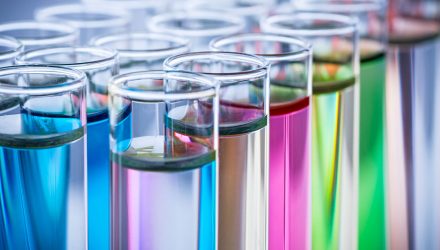 September Could be Kind to Biotechnology ETFs

The iShares Nasdaq Biotechnology ETF (NASDAQGM: IBB), the largest biotechnology exchange traded fund by assets, is up nearly 18% and the behemoth biotech fund could add to those gains in September. The ninth month of the year sets up favorably for some of IBB’s marquee holdings.

Alexion (NASDAQ: ALXN) “has now added more than 44% since hitting a nearly three-year low of $96.18 in late May, but is running into familiar resistance in the $140-$145 region — a neighborhood that’s contained ALXN shares for the past 14 months. If history is any guide, the stock could overtake this area over the next several weeks,” according to Schaeffer’s Investment Research.

“More gains could be on the horizon, if history is any guide. Over the past 30 years, Celgene stock has averaged a 5.3% gain in September, and has been positive more than half the time,” according to Schaeffer’s.