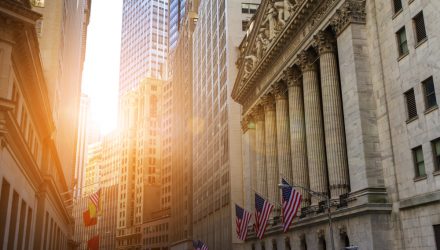 Stocks continue to endure pain on Monday as panicked investors flushed markets lower when the Senate failed again to pass a fiscal stimulus relief plan to aid with the coronavirus contagion for the second time in a day.

The final tally on the motion was 49-46, short of the 60-vote threshold required for the legislation to move forward. Democrats refused to support the package, claiming that the aid measure failed to adequately protect workers affected by the novel coronavirus’ dissemination.

“I think there’s a good chance we’ll have an agreement. But we don’t need artificial deadlines. We will get this done. We will come in at noon and hopefully, we will have an agreement by then,” Senate Minority Leader Chuck Schumer, who made the objection, had said earlier on the Senate floor.

Investors have been hankering for fiscal economic relief as the number of coronavirus cases keeps climbing higher. The number of confirmed global cases superseded 350,000 as deaths now surpass 15,000, according to data from Johns Hopkins University.

In the U.S. alone, more than 35,000 cases have now been confirmed, although this number is still considered to be possibly too low, and could be closer to over 100,000 based on different counting methods say experts.

Economists at Goldman Sachs wrote Friday that they anticipate a 24% contraction for the second quarter after a 6% drop in the first quarter, with a plethora of businesses having closed their doors or severely cut back on service hours. Morgan Stanley economist Ellen Zentner said in a note Sunday she predicts a historic 30% contraction in the second quarter.

“Suffice to say that the economy entered a unique, sudden-stop recession in March,” wrote Prajakta Bhide, strategist at MRB Partners. “If there is no concrete evidence of meaningful progress toward controlling the epidemic in the next eight weeks, there will be no basis for people and businesses to feel safe to begin to normalize economic activity.”