You are at:Home»ETF Strategist Channel»Second Half of 2017: Reflation Rally Returns 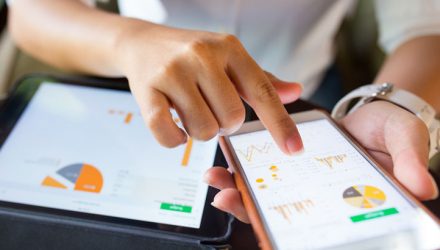 Second Half of 2017: Reflation Rally Returns

The first half of 2017 surprised investors who expected the “Trump reflation rally” to drive interest rates higher and US equity market outperformance. This thesis quickly crumbled, along with hopes for a speedy implementation of the Trump administration’s policy agenda, causing interest rates to reverse course and foreign equities to outperform. Our portfolios were well-positioned for this head-fake, with an allocation to long duration US Treasuries and large international equity allocations. As a result, all of our portfolios have significantly outperformed their benchmarks year-to-date, and our JAforlines Global Tactical Allocation mutual fund (RMAIX) has achieved a 5-star rating from Morningstar.*

*The American Independence JAForlines Global Tactical Allocation Fund Class I received a ­­5-Star rating for the 3-year period ending June 30, 2017 out of 247 funds.

Looking to the second half of the year, another challenge faces investors: the impending unwind of the Federal Reserve’s massively inflated balance sheet. Janet Yellen has charted a fairly steady course towards tighter policy this year, despite disappointing economic data in the first half. We expect US economic growth to accelerate in the second half, which should strengthen her resolve to follow through with balance sheet reduction as advertised.

In addition, the ECB has signaled its intention to taper its asset purchases. ECB Chairman Draghi even said recently that “the threat of deflation is gone and reflationary forces are at play.” Together, the world’s two most powerful central banks have signaled that the global reflation which began in mid-2016 remains in place. We have therefore reduced duration across our portfolios in order to protect against another move upwards in interest rates.