You are at:Home»Alternative ETFs»A Rough Start to 2018 for Dollar ETFs 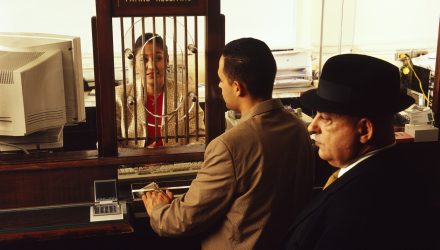 A Rough Start to 2018 for Dollar ETFs

After slumping 9.1% last year, the PowerShares DB U.S. Dollar Index Bullish Fund (NYSEArca: UUP), the exchange traded fund proxy for the U.S. Dollar Index (DXY), and the dollar itself are not doing much to foster confidence early in 2018.

Earlier this week, the dollar fell “as the Bloomberg Commodity Index reached its highest level in about 11 months. Combined with reports showing strength in Chinese and European manufacturing, there is probably more pain ahead for the dollar as investors anticipate money flowing into other economies, said Mark McCormick at Toronto Dominion Bank,” reports Bloomberg.

Tax reform is expected to help the dollar. As companies repatriate their foreign reserves, the action will typically require selling foreign holdings and buying U.S. dollar-denominated assets, or increase the supply of foreign currencies while raising the demand for U.S. dollar, which would translate to a stronger U.S. dollar against its foreign counterparts. Bank of America Merrill Lynch projects repatriations could total $200 billion and $400 billion.

However, some currency traders are warning that this upcoming move may signal an end to the USD’s almost seven-year-long bull market, pointing to potentially tighter monetary policies out of other developed economies.