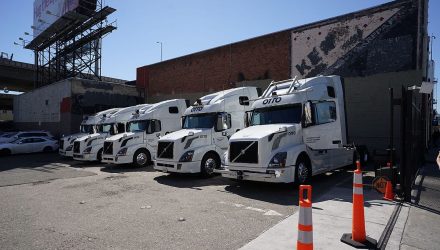 Uber Shuts Down Self-Driving Truck Program to Focus on Cars

Uber has announced on Monday that its self-driving truck division will be shut down. The news comes amidst controversy that has erupted regarding Uber’s self-driving vehicles after a fatal accident in March.

Waymo proceeded to sue Uber following its acquisition of Otto due to allegations that Levandowski downloaded more than 14,000 proprietary files before his resignation and used them at Otto. Uber settled with Waymo and fired Levandowski in 2017 and continued to focus on developing self-driving trucks, launching real-world highway tests in March. Days later, after one of Uber’s autonomous vehicles struck and killed a pedestrian in Tempe, Arizona, the company halted all of its self-driving programs and laid off most of its safety drivers.

“We’ve decided to stop development on our self-driving truck program and move forward exclusively with cars,” said Eric Meyhofer, director of Uber’s self-driving technology division, in a statement to The Verge.