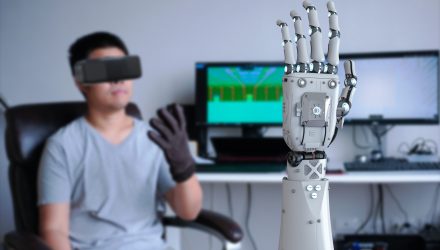 The Future of More Flexible Robots

This method allows the use of pressurized liquid in place of air if the application warrants it. The scientists clarified the robot could also use water instead of air to extinguish fires or deliver water to trapped victims.

Giada Gerboni specializes in biomedical engineering at Stanford. She gave a TED Talk highlighting the growing robot, as well as other ways to use soft, flexible robots to help people. Recent advances are undoubtedly exciting and full of promise.

A Caterpillar-Inspired Robot for Drug Delivery

Scientists are always looking for ways to improve drug delivery for patients. One of the challenges associated with that goal, though, is that the human body features fluids like blood, mucus and other components that make technology unsuitable for the changing environment.

However, researchers from the City University of Hong Kong turned to nature to develop a robot they believe could improve methods of giving medications to patients. This gadget has hundreds of flexible, tiny legs. Lab tests showed multilegged robots encountered less friction than limbless robots, so the scientists turned their attention to land creatures with many legs, including caterpillars.

The flexible design allows the robot to clear obstacles 10 times higher than its leg length, and carry loads up to 100 times its weight. Within the next two to three years, the researchers hope to expand on this idea and make a biodegradable robot that naturally breaks down after providing the medication to a patient.

When people lose limbs, they have to relearn how to do everyday tasks, plus cope with the loss of sensations. Many robotic arms let amputees grasp things again, but a prosthetic by engineers at the University of Utah incorporated touch into a robotic arm. They did so by integrating a user’s nervous system into the gadget, giving the person sensory feedback.

Other prosthetic devices can make advanced movements, but often require users to depend on their remaining muscles or making tilting motions with their feet to get results. This new prosthetic hand — nicknamed Luke after Luke Skywalker of Star Wars fame — operates via electrodes implanted into nerves in a person’s arm, as well as some of their muscles.

Carefully developed algorithms also send touch signals to the nervous system. The robotic arm is understandably complex, but the meticulous attention to detail paid off.

Keven Walgamott, who lost his hand and part of his arm in an electrical accident more than a decade ago, was the project’s first touch subject. Thanks to the technology, Walgamott could do things like feeling the ridges in a corrugated wall, picking up an egg without breaking it and holding his wife’s hand.

This overview shows how making robotic parts flexible could greatly increase their overall worthiness. As a result, people may soon see flexible robots used for things not seemingly possible outside the imagination.