You are at:Home»Robotics & AI»Superintelligence is a Tangible Goal for AI 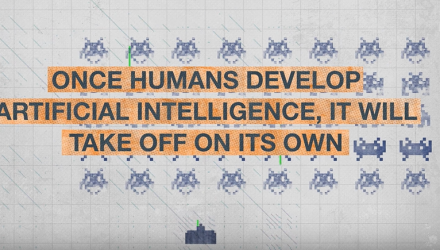 Superintelligence is a Tangible Goal for AI

According to a video from the World Economic Forum, which compiled a series of interviews with AI experts, the rise of superintelligence could have the aforementioned negative effects should the technology reach its potential. The video states that according to a report published by the Universities of Cambridge and Oxford, OpenAI and the Electronic Frontier Foundation, there’s “an assortment of ways AI can go wrong,” including “a global takeover by humanoid robots with superintelligence”–something akin to a sci-fi horror movie.

Superintelligence is the buzz term in AI spaces for the technological breakthrough that elevates AI to the next level, creating machines that go beyond simply performing narrow tasks that require human intelligence, but can go steps further and actually outthink humans. The field carries enormous potential, which could have implications, such as the rise in malicious bots or the weaponizing of consumer drones–two concerns mentioned in the report.