You are at:Home»no-rss»Self-Healing Skin for Robots 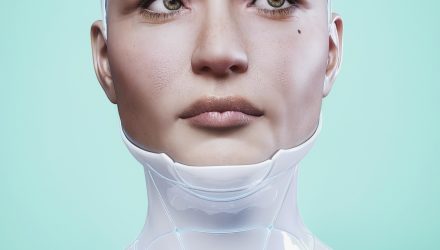 Scientists and engineers around the world are working hard to enhance biomedicine. Scientists at the University of Colorado Boulder took a step forward when they made self-healing electronic skin, better known as e-skin for short. According to the scientists, in the future, e-skin should help robots feel pressure and temperature, and also help the amputees themselves feel it.

“What is unique here is that the chemical bonding of polyimine we use allows the e-skin to be both self-healing and fully recyclable at room temperature,” Jianliang Xiao, mechanical engineer at Boulder and lead author of the study said in a statement. “Given the millions of tons of electronic waste generated worldwide every year, the recyclability of our e-skin makes good economic and environmental sense.”

The e-skin is made out of thin, semi-transparent material. It acts similar to the human skin by sensing and measuring temperature, pressure, humidity, and air flow.

Researchers gave more details regarding the new material in a study which they published on Friday in the journal Science Advances. Thanks to the skin, researchers will be able to make greater contributions to biomedicine by improving the safety of robots, and also adding contributions to other biomedical devices.

“This has quite broad applications, in a sense, to enable sensation of otherwise passive systems,” Jianliang Xiao told Newsweek. Those are the electronic devices that we use, although they don’t work the same as our natural skin does. It can sense pressure on its own. This ability is of critical importance for improving prosthetic limbs.

For example, if researchers wrapped self-healing electronic skin around a prosthetic hand, the prosthetic will be enabled to feel pressure when holding a glass cup. Thanks to this capability, the user of the prosthetic hand wouldn’t accidentally drop or crush the cup, according to Xiao’s explanation to Newsweek.

The authors of the study explained that this breakthrough discovery also makes a great contribution to the robotics and human interaction with robots, as now there will be less chance of robots hurting people in the future.

“Sensing is critical because when human beings interact with robots, we want to make sure that robots don’t hurt people,” Xiao told Newsweek.

In the future, robots could even be advanced enough to take care of babies and with the help of the self-healing electronic skin, they would be able to handle it without hurting it, as they would know how much pressure to apply. The temperature feature of the skin would also help robots detect if babies have a fever.