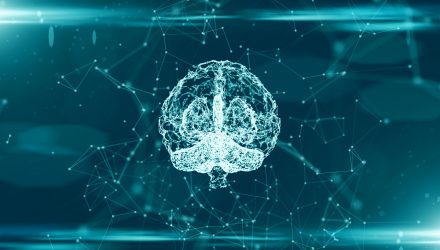 Nineteen different startups were funded in February, raising $377 million; a substantial two-month start for the new year. Five acquisitions were reported during the month, while the IPO front had no activity whatsoever.

CB Insights said that China dominated the funding of AI-related startups during 2017. So far in 2018, the China funding percentage appears to be less than the 48% of 2017.

5. Magazino, a Munich startup providing mobile picking robots for small and medium-sized boxes, cases and pods, raised $24.8 million in a round led by the Körber Group with participation by Cellcom Resources, Zalando and Fiege Logistics.

6. CommonSense Robotics, an Israeli startup integrating robotics with online grocery fulfilment, raised $20 million in a Series A funding led by Playground Global, with participation from Aleph VC and Eric Schmidt’s Innovation Endeavors. CommonSense employs robots to power custom warehouses or micro-fulfilment centers that are small enough to be placed in urban areas. The robots are designed to store products and bring the right ones to humans who then pack a customer’s order. More robots are then used to get the packaged order out to dispatch.

9. Drone Base, a Los Angeles startup that connects drone users with commercial tasks, raised $12 million in a Series B funding round co-led by Upfront Ventures and Union Square Ventures. DJI, Hearst Ventures and Pritzker Group also participated in the round.

11. Miso Robotics, a Pasadena, CA food handling robot startup, raised $10 million in a Series B round led by Acacia Research Corporation, with participation from Levy Restaurants, OpenTable CTO Joseph Essas, and Cali Group, owner of CaliBurger. Miso Robotics is one of a number of companies trying to use robots to replace or augment fast food workers.

12. inVia Robotics, a Westlake Village, Calif.-based provider of robotics warehouse automation solutions for e-commerce fulfillment centers, raised $9 million in funding. Upfront Ventures led the round and was joined by investors including Embark Ventures.

13. EdgyBees, a CA startup providing augmented reality for drones and other moving platforms, raised $5.5 million in a seed round led by OurCrowd with participation from 8VC, Verizon Ventures, Aspect Ventures, Motorola Solutions Ventures and NFX.