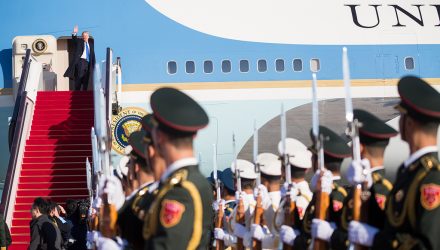 You’ve heard it over and over again: No one wins in a trade war. As the trade war between the US and China continues to escalate, the tariffs and barriers on imported products threaten to slow business activity, create supply chain friction, and dampen international trade—not only between the two countries themselves, but around the globe. So, in a general sense, it’s true. No one wins a trade war.

But robotics, automation, and AI—or RAAI—is notorious for breaking the rules. And when it comes to a real winner in this trade war, RAAI may be the one notable exception.

What’s fascinating about the current trade war is that the true crux of the issue isn’t steel and soybeans. It’s all about innovation, including technology (of course) and China’s government-driven commitment to dominate global innovation. The Chinese government’s initiative called Made in China 2025 is the clear target. In Trump’s words, “These tariffs are essential to preventing further unfair transfers of American technology and intellectual property to China, which will protect American jobs.” In other words, China’s push to innovate is perceived as a threat to US technology companies. To combat that threat, the Trump administration announced tariffs that aim directly at many of the RAAI-specific industries that are key to China’s plan: aerospace, automobiles, information technology, and robotics.