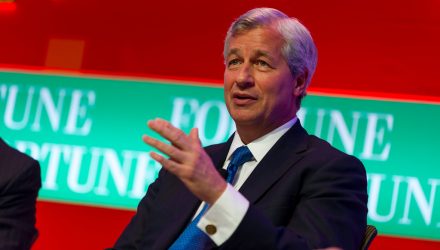 While the bond markets typically cite inverted yield curves as an indication that the economy could be on shaky ground, J.P. Morgan Chase CEO Jamie Dimon pointed to cyberattacks as the biggest threat to the current financial system.

“I think the biggest vulnerability is cyber, just for about everybody,” Dimon told CNBC. “I think we have to focus on it, the United States government has to focus on it.”

The U.S. government appears to have taken notice of the impact of cyberattacks as they approved a new policy that allows the military to take necessary actions that fall below the “use of force” threshold. This latest measure would allow military organizations to engage in more day-to-day “cyber operations” against foreign countries to safeguard US networks and systems.

This latest directive, dubbed the National Security Presidential Memorandum 13, adds to previous measures from prior administrations–that plan mimics that of the cybersecurity plan that the Obama administration installed in 2016. Critics of the latest directive, however, are quick to point out that the strategy is not sufficient and must include more supplemental reforms.