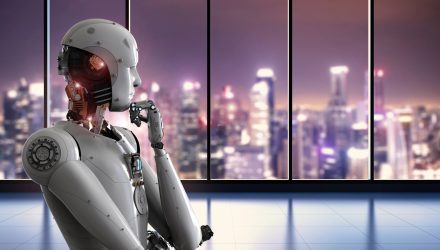 In the Age of Amazon and Alibaba, Logistics Automation Is the Key to Competing With Giants

E-commerce has exploded. A decade ago, the industry barely existed. But in the age of Amazon and Alibaba, retailers with any hope of competing must adapt, adopt, and automate—or perish. This focus on automation had already driven the logistics automation market to astronomical highs. Valued at over $46B today, the market is projected to nearly double in the next five years[1]. Much of this growth can be directly attributed to the e-commerce boon and soaring consumer demand for quick, easy online retail.

To understand the intensity of that demand, just look at 2018’s holiday shopping numbers to date. On Cyber Monday alone, US consumers spent $7.9B online, topping the 2017 record by more than 19% and beating Black Friday sales for the first time in history[2]. The shift toward mobile shopping was even more dramatic. Adobe research found that 2.2B Cyber Monday transactions came from smart phones—an increase of 56% year over year and the first time Black Friday and Cyber Monday saw more than half of its sales from mobile devices. Amazon announced that Cyber Monday was once again the “single biggest shopping day in the company’s history.” Alibaba saw similar results on its highly publicized ‘Singles Day’ on November 11 when it raked in a record $1B in just over a minute, and an incredible $9.7B in the first hour of sales that day.

This spectacular shift to online shopping is the continuation of a change in consumer behavior that has been fueled by new technologies, all of which have made it more convenient than ever for consumers to shop from anywhere using e-commerce sites and mobile apps. So far, Amazon and Alibaba are the undisputed leaders in the space. According to a new survey from eMarketer, Amazon is expected to capture almost half of the US e-commerce market by year-end. And while Amazon is a national giant in the US, Alibaba’s dominance is even more impressive: the company currently claims about 50% of all online Chinese retail sales.

For Amazon and Alibaba’s challengers, the pressure is on to capture as much of the surging consumer demand as possible. Upping their game relies almost entirely on robotics and AI-fueled automation.