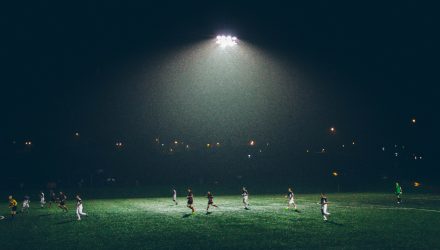 How Analytics is Shaping the World of Sport

Gone are the days of dominant big men being the key to success, giving way to “small-ball” with point forwards and stretch bigs. Eight 2001-02 NBA All-Stars played the centre position and were true post players, compared to only six centres in the 2010-11 All-Star Game, of which three were proficient mid- to long-range shooters rather than the traditional post-up big men.

Can it be described by the shift to small-ball? Has the three-point line been moved, or perhaps the size of the rim changed? In fact, this increase can be attributed to analysis. Analysis that showed a three-pointer has a 35 percent chance of going in, leading to more points than a two-point jump shot taken closer to the basket.

This has resulted in coaches placing a higher importance on players who can effectively shoot the three-point shot and encouraging them to take it. So it is no surprise that the last 10 Most Valuable Player (MVP) awards went to point guards, shooting guards and small forwards – those who take the most three-point shots.

How analysis is done and why it’s accepted

Basketball is far more complicated than the well-known story of Moneyball within baseball because of the open-ended interactions between the players on both teams. Historically, simple metrics such as points scored, turnovers and rebounds were the limit to insight. However, in 2009 the league implemented an on-court video system, able to track every player and the ball on the court.

This has created a far richer source of data for coaches and analysts to better understand the on-court interactions through advanced analytics and artificial intelligence, providing the ability to quickly understand all this historical data and identify patterns, relationships and trends.

These insights can then inform decisions on tactics, lineups, training schedules and travel. With professional sport being decided by small margins, these benefits were naturally widely accepted across the league, and new roles began to arise within teams. Previously advertised roles at Liverpool Football Club, Swansea City Football Club and LA Galaxy Football club are just a few examples of clubs looking to derive this value .