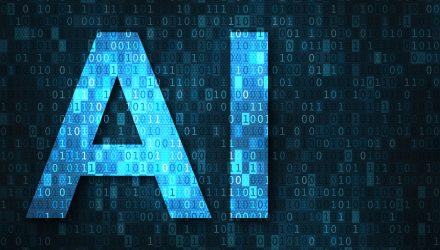 Henrik von Scheel on Industry 4.0 and the AI Investment Opportunity

An interview with Henrik von Scheel, the originator of the Industry 4.0, by Richard Lightbound, ROBO Global.

If you’ve ever spent time on an angry sea, you’ve seen first-hand just how powerful a fast-changing storm can be. Industry 4.0, or the fourth industrial revolution, is the biggest storm to come ashore in our history. And of the three waves of this storm, the second—which is happening now—is transforming the world as we know it. And it’s all rooted in Artificial Intelligence.

I recently had the opportunity to chat with Henrik von Scheel, the originator of the Industry 4.0, who gave me a first-hand look into the newest industrial revolution and how this powerful force is quickly changing everything we know—about everything we know. Henrik’s knowledge and conviction made it clearer than ever that the time for investors to act on AI is now! Here’s an excerpt of what he had to say:

Artificial Intelligence. Blockchain. Smart Automation. 6G Communication. Future of Energy. All of these components are included in the second wave of today’s industrial revolution, and every one of them is poised to drive almost unthinkable change to every aspect of our lives. How we communicate, how we relate to each other, and how we interact with the world around us. How every product we buy is created, marketed, sold, and delivered. How our food is grown and our healthcare is provided. It is a revolution unlike anything any of us have ever witnessed before, and it’s going to have every one of us wondering, “What’s next?” for decades to come.

At the core of this massive change is not, as most people assume, technology, but the human being.

I originated Industry 4.0 back in 2008 when I was invited to work with German Chancellor Angela Merkel to help Germany rise from the ashes of the financial crisis. The goal was to create a strategy to boost productivity and Germany’s GDP by increasing efficiencies across every industry. Two years later, in 2009, Chancellor Merkel announced the digital agenda for Germany, and all countries in Europe were asked to implement Industry 4.0 as quickly as possible. The plan was aggressive, but it was built on technologies and applications that either already existed at the time or were well on their way to fruition.

A year later, in 2010, I remember sitting with my two esteemed colleagues that co-authored the digital agenda. As the three of us talked about what we were watching transpire and how rapidly Industry 4.0 was changing the world, the reality of what was happening suddenly hit us. The magnitude of change that was occurring was even more immense and more disruptive than any of us had predicted. I remember shouting, “Holy smokes!” and laughing out loud as I suddenly saw that for the first time in our lifetimes, numerous powerful trends were merging and colliding. The Internet. Mobile. Social Media, Cloud and Big Data. Each were momentous in their own right, but the stunning reality was that they were all coming together at the same time, fueling each other, and growing into something that, until now, had been beyond our imagination. Digital, physical, and virtual realities are coming together to form the biggest structural change of the past 250 years. It was—and is—a perfect storm.

Today, nearly a decade after Merkel’s announcement, the second wave of Industry 4.0 is quickly becoming a global movement. In its scale, scope, and complexity, the transformation is unlike anything humankind has experienced before. It is disrupting every industry and economy in every country around the globe. And while technology certainly is the key driver of the second wave, what may be the most fascinating thing about the change that’s happening today is the ability of AI technologies to put humans at the center of all it strives to achieve. This fact sets it apart from the industrial revolutions of the past.

When the Internet was introduced to the public in 1989, our lives were changed in what seemed like an instant. What we know now is that it was just a seed of the even greater change that would follow. In 2009, we officially entered the first wave of Industry 4.0. Built on inventions like the Internet, mobile, computers, the Cloud, and Big Data, this new digital era called the information age is the first step in a multi-wave era of change. It seems like a logical evolution, and yet the leap into the fourth industrial revolution is hurtling us forward into a whole new reality that can appear more like a dreamscape than real life. With each new wave of maturity come new levels of disruption across myriad industries. Here’s just an overview of what’s happening today and what to anticipate in the future: