Future Proof Your Portfolio
You are at:Home»no-rss»Future-Proof Your Investment Portfolio 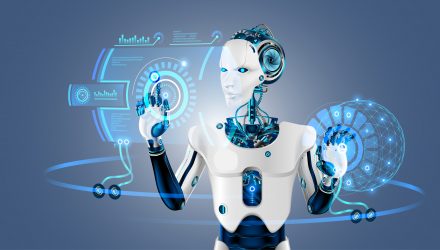 For investors seeking a way to future-proof their portfolio, look no further than Robotics, Automation, and Artificial intelligence (RAAI).

Indeed, RAAI may be one of the most important investment opportunities of our generation. In the first 11 months of 2017, the ROBO Global Robotics & Automation Index—the leading stock index created in 2013 to track the robotics and automation revolution for investors—returned an incredible 47%, significantly outperforming broad equity market indices.

Perhaps even more impressive is that the multi-decade transition to advanced robotics is still in its infancy—and the ingredients for a major breakthrough are already in place. Costs are rapidly declining across key enabling technologies such as computing, sensing, and communication. There has been an explosion in performance capabilities that dramatically expand the scope of RAAI and how it is applied in nearly every industry.

At the same time, the world is generating an almost unimaginable quantity of the fuel that powers artificial intelligence: Big Data. And that pace is growing at a frenetic pace of billions of gigabytes every day. RAAI is poised to explode, and it promises to be even more transformative to our society and how we function than personal computers, the Internet, mobile devices, and big data before it.

It is now predicted that RAAI’s economic impact will be measured in the trillions of dollars. Andrew Ng, then Chief Scientist of Baidu and Adjunct Professor at Stanford who led the development of its Massive Open Online Course platform, has called Artificial Intelligence “the new electricity.”

Acclaimed futurist Ray Kurzweil has said that, “Artificial intelligence will reach human levels by around 2029,” and that by 2045 “we will have multiplied the intelligence, the human biological machine intelligence of our civilization a billion-fold.” That’s quite a revolution, and companies in every industry are rushing to leverage and build on all that RAAI has to offer. In the race to “disrupt or to be disrupted,” mergers and acquisitions are on fire.

More than 50 robotics and automation companies were acquired in 2016 for a total of more than $20B, and the pace accelerated in 2017. Robotics startups also saw a record year in 2016, with deals up by nearly 20% to reach more than 1701, and totaling $3B since 2012, excluding pure software companies and driverless cars.