You are at:Home»Robotics & AI»Elon Musk Discusses AI through his Neuralink Company 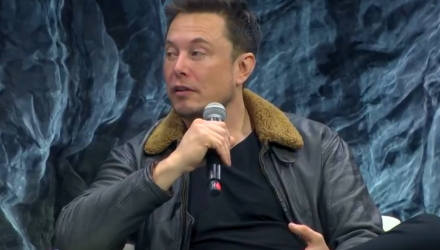 Technology mogul Elon Musk, founder of SpaceX and co-founder of Tesla, sat down with the Artificial Intelligence Channel to discuss his thoughts on artificial intelligence as it relates to his neurotechnology company Neuralink.

Musk’s investment in Neuralink, a California medical research company that will explore how to physically interface computers and the human brain to accelerate the brain’s functions, will develop neural technology–linkages that permit humans to seek self-improvement via a neural lace. A neural lace would involve a series of electrodes that move thought messages from the brain to a computer and back again.

Musk responded to the notion that a lot of experts in the artificial intelligence space do not share his views on the subject.

“Fools,” retorted Musk. “They (smart people) don’t like the idea that a machine could be way smarter than them so they discount the idea, which is fundamentally flawed. It’s the wishful thinking situation.”

“I’m very close to the cutting edge in AI,” said Musk. “It scares the hell out of me. It’s capable of vastly more than anyone knows and the rate of improvement is exponential.”