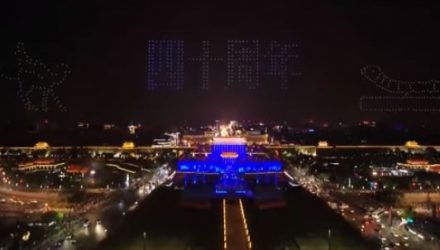 China’s Ehang on Tuesday broke the world record for the largest number of drones used at an airborne show in the northwestern city of Xi’an, China. This could be a good time to consider IFLY. Here’s why.

Guangzhou-based Ehang deployed a fleet of 1,374 drones at a Labour Day show in Xi’an to beat the 1,218 drones flown by Intel in February at the Pyeongchang 2018 Winter Olympic Games.

This is just evidence of the advanced artificial intelligence and robotics in China and the fact that they are a leader in global innovation.