You are at:Home»no-rss»Christopher Wylie: The Cambridge Analytica Whistleblower 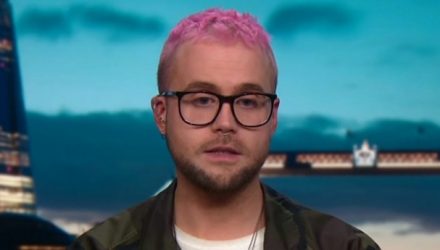 In an increasingly online world, there is more data about the average person floating around than ever before. Even for those who don’t use social media, profiles are being pieced together little by little through information gleaned from the profiles and digital footprint of your connections.

Unless you live completely off of the grid, it turns out that it’s next to impossible to keep your data from being used in one way or another to allow companies to turn a larger profit. The recent Cambridge Analytica scandal regarding shady data collection from Facebook profiles has monopolized the news in the past few days, and the reason we know about it is due to one young man: Christopher Wylie.

The Importance of Whistleblowers

Whistleblowers are an important part of keeping corporations accountable. By breaking the news on shady or illegal activity, conscientious employees and citizens with inside information can take steps to keep both workers and the general public safe from the influence of companies that put profits above all else.

Cambridge Analytica was allegedly used in order to sway the decision of voters during this past presidential election by using micro-targeted political ads that took into account personal information to tailor campaigns.

As more news comes to light that there may have been a significant amount of interference in the campaign, social media networks are under fire for allowing misleading advertisements, and a lot of the recent discussion is as a result of Christopher Wylie and his commitment to bringing the truth to light.

Christopher Wylie grew from humble beginnings to one of the biggest names on the political scene. As a child, he struggled with attention deficit hyperactivity disorder (ADHD) and dyslexia. When he left school, he was an average student at best – but within a year he was working in the office of the Canadian opposition. Two years later he had taught himself to code, and in 2010 he went to study law at the London School of Economics.

Back in 2013, Christopher Wylie was introduced to a company named Strategic Communication Laboratories group – a company with a subsidiary called SCL Elections that would later create Cambridge Analytica with the assistance of the young superstar.

The idea of Cambridge Analytica on its own is not necessarily nefarious. The company offers services to businesses and political parties with claims that they can combine predictive analytics, behavioral sciences, and data-driven advertising in order to give clients the data they need in order to run an effective campaign.

Christopher Wylie took issue with how exactly they went about collecting this data, however – becoming a whistleblower who reopened the discussion about how companies use our data and the huge effects that a company with enough access and resources can have over something as important as a presidential election.

In addition to assisting with Donald Trump’s election campaign in 2016, Cambridge Analytica also played a large part in the Leave campaign for Britain’s EU membership referendum.