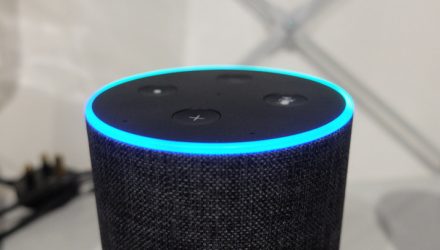 Amazon: Alexa Could Be Coming to a Car Near You

Amazon’s Alexa virtual assistant is in homes around the world within the brand’s growing assortment of smart speakers. And due to the introduction of Echo Auto, Amazon hopes people will be similarly open to bringing Alexa along with them on the road.

Access Alexa’s Capabilities Without Investing in a Smart Speaker

One of the primary advantages of the Echo Auto is that it allows people to benefit from what a standard Alexa-enabled smart speaker does without buying one of those gadgets. That perk could be attractive for individuals who spend a lot of time in their car for their jobs or other reasons and aren’t home enough to justify buying a smart speaker.

Alexa can tell drivers how to reach the nearest coffee shop and how late it’s open, or direct them to a gas station. It also works with streaming platforms like Audible and Spotify, then plays content through the car’s speakers. Since Alexa is a voice-activated system, the Echo Auto responds to vocal cues. It has eight microphones to help the device hear input despite road noise.

Not the Debut of Alexa in Cars

Although the Echo Auto stands alone as a dedicated device, this product doesn’t represent the first time people could use Alexa in their cars. At the beginning of 2018, the option became available for Toyota and Lexus owners. But, before that, some drivers already used Alexa while behind the wheel, usually with an Echo Dot, the smallest Amazon smart speaker.

So, for the people who tried that hack or were thinking about it, the Echo Auto is perfect. Also, while the addition of Alexa in Toyota and Lexus cars was arguably helpful, it didn’t cater to automobile owners with different vehicle makes.

A user powers the Echo Auto with the cigarette lighter, keeps it mounted on the dashboard and connects the device via a phone’s Bluetooth. Also, because the gadget has wayfinding capabilities, people may discover it replaces the GPS device that previously took up space on the dash.

People may initially assume their car’s existing infotainment system or the apps they use on their smartphones achieve most of what the Echo Auto does. However, this new product could be safer, since it saves people from fumbling with buttons and touchscreens as they likely do with other car accessories.

Available By Invitation Only

One downside of the Echo Auto for people who want to buy it immediately is that Amazon is only offering the item on an “invitation-only” basis. The company says it will eventually fulfill all invitations, which means requesting one will pay off eventually.