You are at:Home»Robotics & AI»3 Microsoft ETFs Up After Bonsai Acquisition 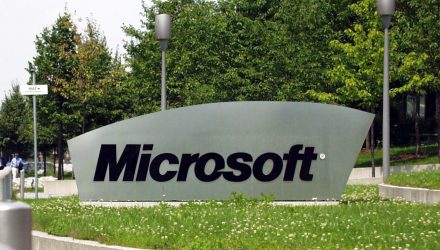 3 Microsoft ETFs Up After Bonsai Acquisition

A push for advancement in artificial intelligence continues as Microsoft announced today that it would acquire startup company Bonsai, which creates software focused on reinforcement learning–a trial and error method used to train AI systems for implementation in corporate settings.

Microsoft CEO: We’re in the midst of a massive transformation from CNBC.

Three ETFs heavy with Microsoft Exposure are responding positively to the news:

Microsoft’s move comes in the midst of somewhat of an artificial intelligence arms race as other tech companies like Google and Amazon are pouring more capital into their AI system developments. The latest acquisition by Microsoft will allow Bonsai’s reinforcement learning system to run in conjunction with Azure–Microsoft’s public cloud.

The Need for Artificial Intelligence

“Computing is becoming ubiquitous and that means data is getting generated in large amounts,” said Nadella.  “And so once you have that is you do AI on it. You reason over large amounts of data using all this computing power.”

Bonsai was formed in 2014 after raising $13.6 million from venture capital. Bonsai’s CEO, Mark Hammond, worked for Microsoft in the late 1990s and early 2000s.