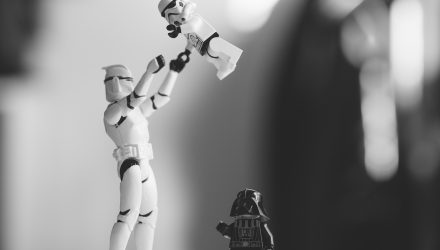 2 Ways to Deploy Your First Robot on a Budget

Robots are expensive, right? Not if you deploy them correctly! Here are two ways to deploy robots on a budget … but only one actually works. People often say to us: “We haven’t got enough money to invest in robotics right now.”

Robots on a budget

We understand, budgets are tight. It’s hard to think about buying a robot when there are so many other areas of your business need investment too. People think of automation as a “big bucks” investment. They can’t see how they could fit robots into their tight budgets.

But, adding a robot doesn’t have to mean a big investment. You can get started with robotics on a shoestring budget and see a return on investment very quickly.

…and this is where people sometimes fall down. They try to deploy robots “on the cheap” and it blows up in their face.

There are at least two ways to deploy your first robot when your budget is tight… and only one of them really works.

The 2 ways to deploy your first robot on a budget

When we’re strapped for cash, we often look for any way we can to save money. Here are two fictional stories describing common situations that people try to use when deploying a robot on a budget.

The unexpectedly costly way (aka try to do it Alone)

If you’re a technical person like I am, it’s tempting to save money on a deployment by trying to do everything yourself. Sometimes this works fine, other times it turns out like this:

Helen Rains is the lead engineer in machine shop Dranigan Engineering Ltd. She’s annoyed because she spends almost all of her time tending the CNC milling machine and not enough time on more value-added activities.

She gets the idea to add a robot to tend the machine so she immediately calls up some local robot distributors, but their limited options are all too expensive for her tiny budget. Her boss says that a local manufacturer is selling off one of their old industrial robots for cheap and tells her to buy it, but it still costs almost all of her assigned budget. Helen says she can integrate the robot herself with her programming knowledge.

How Robotics are Changing the Farming Industry

The robot arrives and she sets it up herself. But, the teach pendant interface is old, clunky and unfamiliar. Programming is slow. She eventually manages to program the robot to tend the CNC machine, but only for one type of part setup at a time. The machine needs quick changeovers and it takes her a whole day to reprogram the robot for a new type of part. The integration work is now seriously affecting her ability to meet customer orders.

In exasperation, she admits defeat and convinces her boss to hire an external integrator to create a flexible program so the robot can handle all parts which go into the machine. The integration costs a lot of money. But, in the end, the robot can handle most of their parts by changing parameters in the program.