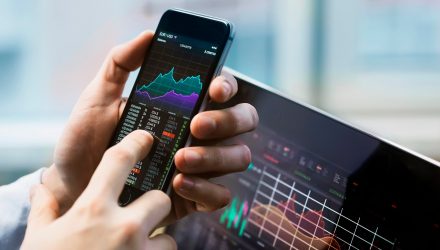 While stocks sold off today despite the Federal Reserve announcement of an emergency 50 basis point rate cut, traders and investors who use Robinhood are still likely reeling from the inability to capitalize on the big move up the market had on Monday.

Robinhood, the free stock-trading app, crashed on one of the first days the stock market gained some traction, after losing more than 10% in the prior week, and entering correction territory.

While stock had some of their biggest losing days the prior week, equity markets roared back Monday with the Dow notching its biggest point gain in history. The S&P 500 gained $1.1 trillion Monday. Unfortunately, an all-day system-wide outage left Robinhood customers furious as they were unable to join the action.
An “issue with a part of our infrastructure” caused the 17-hour disruption on Monday, the company said in a statement. Robinhood claimed that overnight that the issue was fixed, but the service went down once again in early Tuesday morning trading.
Around noon Tuesday, Robinhood said the earlier outage had finally been resolved.

The outage began at around 6:30 a.m. PT and was cleared up around 11:00 pm PT. Robinhood placed blame on “instability” in part of its infrastructure that allows its systems to communicate with each other.

“On Monday, we experienced an issue with a part of our infrastructure that resulted in an outage, preventing customers from using our app, website, and help center. As of Monday night, Robinhood is back up and running. We’re testing through the night, and may observe some downtime as we prepare for Tuesday. We realize we let our customers down, and we’re committed to improving their experience,” a Robinhood spokesperson said in an email statement.

While customers are irate, Robinhood said it is contacting customers and will work with them on a case by case basis to potentially offer bill credits and/or other potential compensation due to the outage.

The financial tech’s problems follow after issues at both Fidelity and Charles Schwab last week. However, those technical glitches occurred during the horrendous 800-plus point decline in the Dow Jones Industrial Average.

With technical issues like this becoming more commonplace, investor frustration is high, as they also  become more gun-shy about entering markets.

Still, Robinhood, which has about 10 million users, told customers in an email that their funds are secure and personal information was not breached. Despite those reassurances, people slammed the app on Twitter, with some calling the outage “ridiculous” and others demanding compensation.

“When you become this size, it’s inexcusable, especially in a stock market that’s as schizophrenic as it has been lately,” Gilbert said. “They built a phenomenal company. Now they have to live up to the valuation.”

While some customers are seeking a class-action lawsuit against Robinhood, they may not be able to accomplaish much. However, the Financial Industry Regulatory Authority may take action on investor’s behalf.

“This won’t stop the class-action lawyers from launching nuisance lawsuits, however.”   “Even though they may not be liable to the customers, they may still be dinged by FINRA,” Angel said.