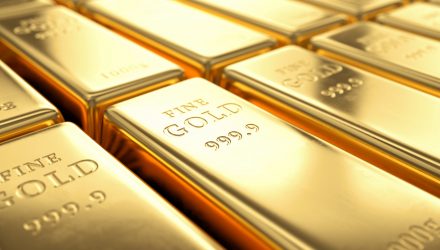 What to Expect From Gold ETFs After the Elections

“That’s the view of money managers including Stephen Land of Franklin Templeton Investments, who say concerns that the Federal Reserve will continue raising rates will overshadow any short-term boost to haven demand from Tuesday’s midterm vote,” reports Bloomberg. “The dollar and U.S.-China relations are also likely to reassert themselves as catalysts, they say.”

That could stymie investors’ recent renewal of affinity for gold ETFs. For starters, global gold-backed ETFs and similar products attracted $1.0 billion in net inflows, following the deceleration that started in September. Meanwhile, global assets under management climbed 3.1% from September.

Supporting the sudden surge, gold experienced a positive price performance of 2.3%, which the World Gold Council argued was a key driver of inflows in North American and European funds, closing out the month with inflows of $561 million – an 1.2% increase in AUM, and $678 million – a 1.7% increase in AUM, respectively.