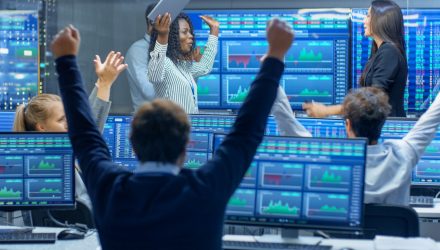 U.S. equities rejoiced in the form of a 600-point rally in the Dow Jones Industrial Average as a result of Federal Reserve Chairman Jerome Powell’s speech at the Economic Club of New York on Wednesday where he sounded more dovish on the central bank’s inclination to hike rates further. However, some analysts view the post-Powell speech rally as a byproduct of overexuberance–something that is not out of the ordinary.

“If there has been one certainty of late it is the market’s ability to misinterpret Fed Chairman Powell,” said Tom Porcelli, chief U.S. economist at RBC Capital Markets. “The market viewed this as a dovish development. We think this is the wrong interpretation. Powell is not suggesting that since they are just below the range they may stop soon. All he is doing is pointing out an obvious idea.”

Powell noted that rates are “just below neutral” and that “interest rates are still low by historical standards, and they remain just below the broad range of estimates of the level that would be neutral for the economy — that is, neither speeding up nor slowing down growth.”

However, being just below neutral doesn’t necessarily mean that the Fed is nearing its limit in terms of hiking rates as the range for neutrality can vary. The general consensus is that a rate hike in December will most certainly occur as the CME Group’s FedWatch Tool, an algorithm that calculates the probability of a rate hike in a given month, is now showing an 82.7% chance the Federal Reserve will institute a fourth rate hike to end 2018.

“We will say it again, despite the broad narrative that the Fed has gotten spooked by the equity market volatility (something Powell again refuted in his speech today), the most likely trajectory for Fed policy has not changed,” Porcelli added. “The market, by pricing in just about 1 hike next year has implicitly a much weaker economic narrative baked in. We continue to see the risks around economic growth skewed to the upside based on trends borne out in the data.”