You are at:Home»Rising Rates Channel»U.S. Bond Markets Forge on Despite Headwinds from Rising Rates 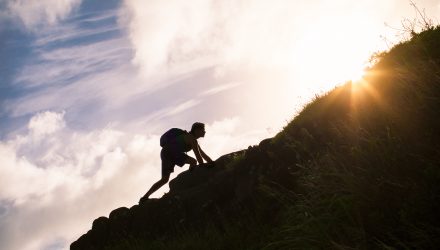 U.S. Bond Markets Forge on Despite Headwinds from Rising Rates

Rising interest rates may be reaching a level that matches U.S. President Donald Trump’s relationship with the media, but the president’s disdain for rate hikes won’t gain any sympathy from the Federal Reserve with the possibility of more hikes to come. Despite the Fed implementing its third rate hike this year, the bond markets are forging on as outlined in Winthrop Capital Management president and chief investment officer Greg Hahn’s latest report regarding the state of the fixed income markets.

Stocks and bonds typically march to the beat of their own dream, but lately, they’ve been moving in unison at times with yields rising, depressing government debt prices while U.S. equities sell off. The flight from bonds wasn’t relegated to the U.S. capital markets as debt sell-offs occurred around all parts of the world.

“Fixed Income markets across the globe experienced heightened volatility during the 3rd quarter, as domestic and international equity markets sold off, global growth slowed, trade concerns weighted on investors, and tightening Fed monetary policy collided in the cross hairs of the market,” Hahn said in the report.

Related: Fixed-Income Strategies from a CIO

In September, the Fed raised the federal funds rate by 25 basis points to its current level of 2.25, citing continued strength in the economy. As such, the path to higher rates would likely be sustained as long as the economic data continues to support growth.

Nonetheless, for the investors who managed to stay resilient in the bond markets, there were certain pockets of fixed income that have been able to stave off any negative impacts from the latest stock sell-offs and rising rates, such as investment grade credit.

“Despite rising yields, investment grade credit performed well during the quarter, with a total return of 0.89% for the Bloomberg Barclays U.S. Credit Index,” the report noted. “Investment grade spreads tightened 12bps during the quarter, as corporate earnings came in strong and profit margins continued to remain elevated following tax reform. In addition, a decline in corporate supply helped support tighter spread levels over the past quarter.”