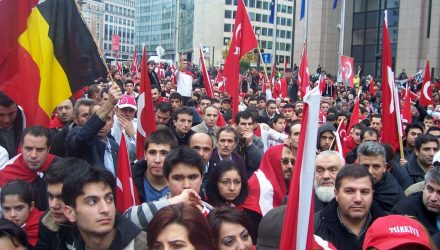 The geopolitical turmoil in Turkey is certainly making waves across the global economies, particularly in the United States where the Dow Jones Industrial Average fell over 200 points today. As far as the wide-reaching effects are concerned, there could be a scenario in which the Federal Reserve keeps an eye on Turkey and its influence on monetary policy could get greater than expected with respect to rates.

“Obviously the Fed will take note on what’s been going on in the rest of the world,” said David Wessel, Brookings Institution senior fellow in economic studies. “But, they like to say and I believe they mean it, that their first concern is the United States so I think unless this gets a lot worse, they’re likely to stick to their tightening.”

While the geopolitical issues in Turkey were ravaging the U.S. capital markets the Turkish lira continued to devalue as U.S. President Donald Trump ratcheted up tariffs on aluminum and steel amid growing dissention between the two countries.Turkish President Recep Tayyip Erdogan went as far as asking citizens to convert their dollars and other foreign currencies, including gold to Turkish lira.