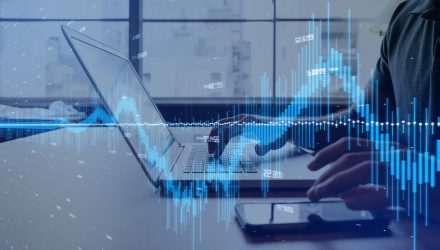 Last week’s stock sell-off that saw the Dow Jones Industrial Average fall by 1,300 points in two consecutive sessions may have taken the focus off rising yields temporarily, but they returned to the forefront to start this week’s trading session.

Just a week ago, the benchmark 10-year note reached its highest level since 2011 as market analysts pointed to the surge in rates as a factor for the latest declines in U.S. equities. The effects of last week’s sell-off appear to be subsiding as the Dow posted a 70-point gain as of 2:00 p.m. ET to follow up it’s almost 300-point gain last Friday.

“There are only a handful of moments in the Treasury market in which the price action itself is the story and the experience of the last several weeks represents such an occurrence,” said Ian Lyngen and Jon Hill, rates strategists at BMO Capital Markets.

“Investors offered a collective ‘ah ha!’ as it relates to Fed hikes, growth, and supply – (but) we continue to suspect something more pedestrian is at hand,” the strategist added. “By this, we simply mean that this year’s ‘big trade’ was timing the backup in long-end yields.”