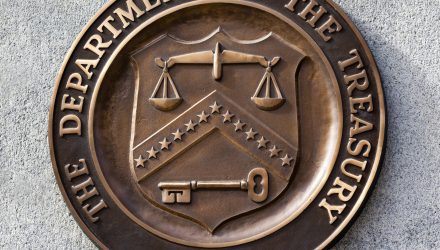 Rising United States Treasury yields have been mentioned as part of the narrative during the October sell-offs, but U.S. stocks gained to start the month of November as benchmark yields ticked lower on the latest manufacturing and construction data.

Meanwhile, the Dow Jones Industrial Average is up over 200 points as of 1:15 p.m. ET and has been able to sustain its gains thus far. The S&P 500 and Nasdaq Composite were both in the green–up 20 points and 90 points, respectively.

The drop in yields came as the Institute for Supply Management reported Thursday that manufacturing activity in the U.S. dropped to 57.7 in October after a 59.8 showing in September. Meanwhile, the Commerce Department reported that spending on new construction projects was unchanged in the month of September.

Both sets of data could be the aftereffects of the U.S.-China trade wars beginning to materialize. During a press conference after announcing that the Federal Reserve is instituting a third rate hike in 2018, Fed Chair Jerome Powell said that monetary policy would not be affected by trade wars until raw data reflects necessary change.