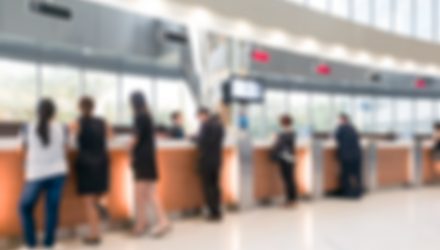 Even with the Federal Reserve raising interest rates multiple times this year, the financial services sector is lagging broader equity benchmarks, but the Financial Select Sector SPDR (NYSEArca: XLF) and rival exchange traded funds are trying to shake out of that malaise.

Over the past week, XLF, the largest financial services ETF, is up more than 2%, upping its third-quarter gain to north of 5%.

“After a summer slump, the XLF financial ETF rallied on Wednesday to its highest level in six months.

The big banks’ breakout could be just beginning, according to Michael Bapis, managing director with Vios Advisors at Rockefeller Capital Management,” reports CNBC.

The average U.S.-based fund has diminished its stake to financial companies by almost 1.1 percentage points in the second quarter to approximately 14%, the largest single-quarter reduction since at least 2013, Reuters reported. Still, higher interest rates are an important factor for banks. The Fed is expected to raise rates later this month and in December.

“Higher interest rates tend to boost banks’ profitability by expanding net interest margins, or the difference between what they make borrowing and what they make lending,” according to CNBC.