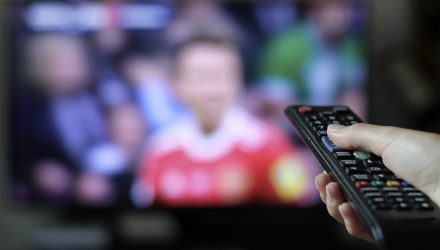 Netflix (NFLX) is scheduled to report its third quarter earnings today, which could give the tech sector a much-needed revival, particularly after last week’s trading session that saw the Dow Jones Industrial Average lose as much as 1,300 points in two days. The video streaming giants was caught up in last week’s tech sell-off, but a positive earnings result could help bring tech back into pole position as it has been leading the recent, record-breaking bull market run.

However, some analysts are forecasting that rising interest rates could be a factor that might hamper the company’s future growth. Netflix is trying to slough off a subscriber growth slump that is causing some analysts from Goldman Sachs and Raymond James to slash their 12-month price targets for the stock.

“Longer term, we expect Netflix will continue to invest and market behind its ramping global original programming and we raise long-term marketing expenses [as a percent]of revenues by ~100 [basis points versus our]prior forecast,” Morgan Stanley analyst Benjamin Swinburne said in a note. “We also raise the incremental cost of debt based on rising interest rates, with Netflix still needing to raise an additional ~$5 [billion]of debt over the next two years before reaching positive free cash flow in 2021.”

Treasury note yields were partly to blame for last week’s stock sell-off as benchmark notes went on a weeklong ascent, pushing to new highs that caused investors to fret. The rising yield contagion eventually made its way to the stock market, hurting several tech giants like Netflix.

Rising rates are not the only thing Netflix has to worry about with respect to future growth as more competitors enter the video streaming market segment, such as Apple, AT&T, Walmart and Costco.