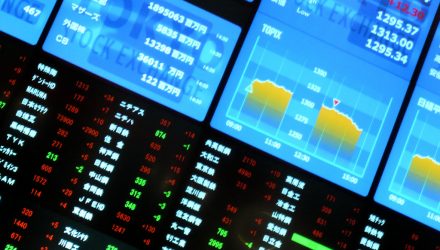 It’s full steam ahead for a stock market that’s chugging along as the Dow Jones Industrial Average closed last Friday’s trading session at its highest level since February. However, some market prognosticators feel that the one thing that can derail its current run is rising rates.

“Unfortunately, we may be facing a rise in global interest rates. That’s not because ‘oh, the global economy is great and accelerating.’ It’s more so a change in monetary policy,” said Bleakley Advisory Group chief investment officer Peter Boockvar. “These central banks (are) trying to get out of their extraordinary accommodation.”

Boockvar’s comments come as this week could see the major indexes reach record-highs as the extended bull run continues its rally–a run that market strategists believe is the longest bull market recorded. The S&P 500 was only 0.8% below its Jan. 26 record, while the Dow and Nasdaq were just 3.6% and 1.5%, from reaching their own record levels, respectively.

The record levels in conjunction with more positive economic data provide ample fodder for the Federal Reserve to digest and produce more rate hikes for the rest of 2018.

“This time, with the U.S. economy performing well and the U.S. equity market in reasonably good shape, it’s hard to believe that the Fed Chairman will do anything other than maintain the current path of policy normalization,” said Kit Juckes, chief fixed income and FX strategist at Société Générale.

Meanwhile, Treasury yields fell across the board as the benchmark 10-year yield fell to 2.833 and the 30-year dipped below 3% to 2.992, while the 5-year yield dropped to 2.711 and the 2-year settled at 2.596 as of 12:50 p.m. ET. The drop in yields come ahead of a gathering of global central bankers and economic policy experts at the Kansas City Federal Reserve’s annual symposium in Jackson Hole, Wyoming scheduled for later this week–August 23 – 25.