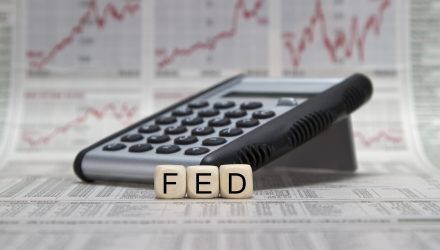 A day before their key interest rate decision, U.S. President Donald Trump is urging the Federal Reserve to “feel the market” prior to deciding whether to raise the federal funds rate a fourth and final time for 2018.

I hope the people over at the Fed will read today’s Wall Street Journal Editorial before they make yet another mistake. Also, don’t let the market become any more illiquid than it already is. Stop with the 50 B’s. Feel the market, don’t just go by meaningless numbers. Good luck!

The general consensus in the capital markets is that the Fed will raise rates by another 25 basis points, then take a wait-and-see approach for 2019. Currently, the CME Group’s FedWatch Tool is calculating a 72.3 percent probability the central bank will raise rates on Wednesday.

The Fed has often said in the events leading up to Wednesday that it will be fueled by data when making its interest rate decision. With a strong labor force and other economic factors, all signs point to a rate hike, but the latest declines in the stock market could signal otherwise.

Prior to the Dow Jones Industrial Average plunging over 500 points on Monday, President Trump took to Twitter to sound off on the economy. This time, the president cited a strong dollar and inflation as reasons to curb further rate hikes.

Rate hikes have been anathema to President Trump, and with the Dow Jones Industrial Average down 3.56 percent year-to-date even after a historic bull run that saw companies like Apple and Amazon cross $1 trillion in market capitalization. President Trump has been quick to deride the Fed whenever the markets react negatively.

Since taking office, President Trump has been flicking jabs at Federal Reserve Chairman Jerome Powell for raising interest rates. At the height of the bull market, Trump lead the chorus on economic growth, taking the opportunity, when presented, to remind everyone that the strong data being extrapolated from the economy is coming under the helm of his presidency.