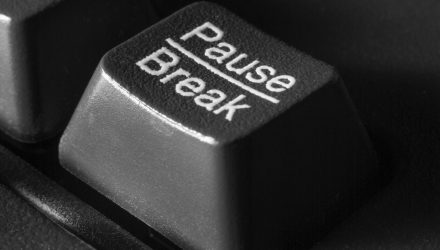 Markets Weighing in Possibility of a Rate Pause

The U.S. dollar ticked higher on Tuesday, stabilizing what’s been a rocky ride in December as markets are now factoring in the possibility of a rate pause given Federal Reserve Chairman Jerome Powell’s recent comments alluding to flexibility with interest rate policy.

Powell recently referenced 2016 as a prime example of a year that warranted the Fed to be more adaptable with policy.

“No one knows whether this year will be like 2016,” said Powell. “But what I do know is that we will be prepared to adjust policy quickly and flexibly and to use all of our tools to support the economy should that be appropriate to keep the expansion on track, to keep the labor market strong and to keep inflation near 2 percent.”

The U.S. Dollar Index (DXY) has been on an upward trajectory for most of 2019, but after a tumultuous December for equities and a more dovish-sounding Fed following its fourth rate hike of the year, the markets are now looking at a rate pause as a plausible alternative.