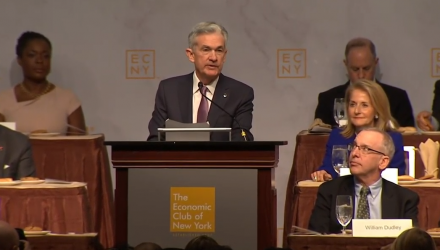 With the latest bouts of volatility roiling the capital markets, investors were hanging on every word of Federal Reserve Chairman Jerome Powell’s speech at the Economic Club of New York on Wednesday and they apparently liked what they heard as the Dow Jones Industrial Average soared past 520 points as of 2:45 p.m. ET following Powell saying that rates are “just below neutral.”