You are at:Home»Rising Rates Channel»Jim Cramer: Fed is ‘Happy to Gradually Strangle the Economy’ After Rate Hike 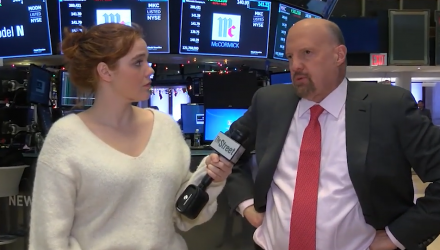 Jim Cramer: Fed is ‘Happy to Gradually Strangle the Economy’ After Rate Hike

This time, the president cited a strong dollar and inflation as reasons to curb further rate hikes.

Rate hikes have been anathema to President Trump, and with the stock markets in the red as of late even after a historic bull run that saw companies like Apple and Amazon cross $1 trillion in market capitalization, the president has been quick to deride the Fed whenever the markets react negatively.

“If I were running Trump’s re-election campaign, Jay Powell would be my worst nightmare,” said Cramer.

“They must have no sense or empathy for what’s about to happen to the working person in this country,” Cramer added.