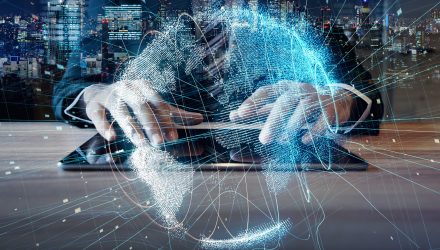 As the Federal Reserve normalizes its monetary policy with higher interest rates ahead, U.S. equities and stock ETFs may continue to strengthen in an improving economic environment.

“The Fed tends to raise rates at times when it thinks the economy shows signs of overheating—to tighten credit and reduce the chance of rampant inflation. But while rates are rising and the economy is still growing at a healthy rate, it isn’t uncommon for a general bullishness about stocks to prevail,” Dr. Derek Horstmeyer, an assistant professor of finance at George Mason University’s Business School, said on the Wall Street Journal.

Over the past five rate-hike cycles, the S&P 500 averaged a 13.2% return per year, compared to its historical average of 9.6%. The outperformance is also most concentrated in smaller businesses and those in cyclical industries.

Dr. Horstmeyer pointed out that over the past 30 years, an average small-cap mutual fund would have gained an extra 3.62 percentage points more than a large-cap fund per year over the five rate-increase cycles.