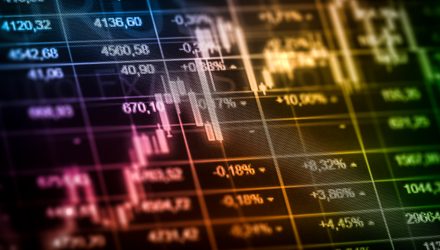 3 ETFs for Playing Defense Against a Rising Rate Offense

About two weeks ago, the Federal Reserve continued its trek towards higher interest rates, raising the federal funds rate for a third time this year by 25 basis points to its current level of 2.25 with possibly more to come as incoming data continues to support economic growth. This rise in rates has wreaked havoc on fixed-income ETF portfolios, according to data extrapolated by Matthew Bartolini, Head of SPDR Americas Research, but there are ways to shore up this offense of rising rates with a strong defense.

Fixed-income ETFs have given nascent and seasoned bond investors alike an opportunity to allocate capital into the bond markets under the guise and benefits of an ETF wrapper. However, performance has been mixed, especially when it comes to focusing on the largest fixed-income ETFs based on research by Bartolini:

With U.S. equities in the midst of an extended bull run in this late market cycle, could the risk-on mentality taken on by investors be driving attention away from bonds with a laser focus strictly on stocks? Bartolini refutes this notion, but it has impacted tax loss harvesting opportunities–a strategy that involves selling securities at a loss in order to offset capital gains tax liability.

With more rate hikes expected to come in the Fed’s current monetary policy agenda, Bartolini identifies the pressure on bond portfolios this has been effectuating irrespective of whether they are long or short duration. In addition, fiscal policy has also been a major factor in bond performance.

“Longer or intermediate bond funds have been affected by the Fed’s monetary policy actions. However, fiscal policy has also had an impact,” said Bartolini. “The 10-year spiked at the beginning of the year once the tax cuts were passed and debt issuance by the US government increased to fund the cuts, expanding the already high budget deficit. These actions have had an impact on inflation and longer term rates, sending them higher and bonds lower, leading to losses on particularly bond funds sensitive to those key rate durations. ”

So how do fixed-income investors defend their ETF portfolios against a rising rate offensive? Bartolini offers a three-step approach of being short, going afloat and getting active.

1. Play the Short Game and Focus on Maturity Profile

With the short-term rate adjustments being instituted by the Federal Reserve, Bartolini recommends investors limiting exposure to long-term debt issues and focusing on maturity profiles. An example would be the SPDR Portfolio Short Term Corp Bd ETF (NYSEArca: SPSB), which seeks to provide investment results that correspond to the performance of the Bloomberg Barclays U.S. 1-3 Year Corporate Bond Index.