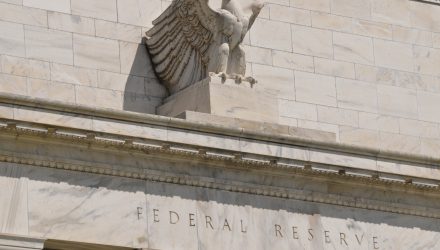 The U.S. economy continues to be full steam ahead like a raging locomotive backed by a strong stock market that has already seen major indexes like the S&P 500 reach record levels. As such, the Federal Reserve is primed to continue its hiking of the federal funds rate, which has already gone up twice this year.

“Gradually increasing over the course of this next year makes sense,” said Eric Rosengren, Federal Reserve Bank of Boston President in an interview with CNBC. “If things work out well for the economy, and that’s what I expect and hope, then we’ll be in a situation where we need to have somewhat restrictive policy over time.”

The Fed’s monetary policy meeting is slated for later this month, and Rosengren forecasts that the current federal funds rate will float between a range of 2.5% to 3%. Backed by a revised GDP growth in the second quarter of 4.2%, the economy has grown at a pace not seen since the third quarter of 2014–a sign of more rate hikes to come, which can continue to materialize in the form of certain benefits.

Just last week, the U.S. Commerce Department reported that the consumer price index (CPI) rose during the month of August albeit at a slower pace than the previous month, reflecting the first slowdown in the past year. The Fed’s target inflation rate is 2, which they have yet to do on a sustained level.

Nonetheless, market experts feel that the Fed can keep inflation under control as an economic environment of rising rates continues.

“In many ways, the current inflation environment is just what the Fed wants to see,” the Wells Fargo Research Team noted. “Core inflation has slowly moved back up to levels consistent with the FOMC’s target. Yet there are few signs of inflation blowing far past the Fed’s comfort zone and forcing the Fed to raise rates faster than expected; inflation expectations—especially longer-term views—have been little changed.”

Rising interest rates reflect on a stronger dollar, which encourages foreign investments from aboard, furthering the U.S. economy. The U.S. Dollar Index has began to see a rise as of mid-April, which could continue if rates continue their upward trajectory.