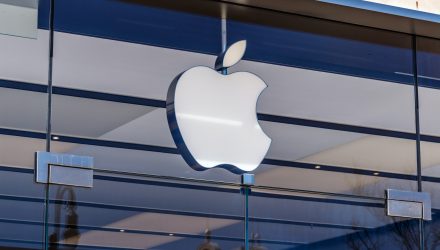 iPhone-maker Apple announced a number of new changes to its product lineup at the developer conference which commenced on Monday afternoon. The company’s stock is up 2.32% as of nearly 2 pm EST amid the news.

Apple declared it will release a plethora of fresh software, including the latest version of iOS, the iPhone operating system.

The biggest news perhaps, however, is that future Mac computers will utilize the company’s proprietary chips. Mac computers have been using Intel chips for years, but Apple said the change would allow the company to offer increased speed from its laptops and desktops.

Apple underscored that an abet reason for making the change is to get more performance while using less power. The move will necessitate that software makers adjust their software for compatibility. Apple said it built its own Big Sur apps to run “natively” on the new chips.

“Everything developers need to build apps for these new chips is included in Xcode,’” Apple software SVP Craig Federighi said.

The new chips and product changes are a welcome development after last week when U.S. markets and stock ETFs turned lower Friday as traders feared the economy will take longer to recover following Apple’s decision to close some stores in states that saw a spike in coronavirus cases.

“Our commitment is to only move forward with a reopening once we’re confident we can safely return to serving customers from our stores,” Apple’s head of retail Deidre O’Brien wrote. “We look at every available piece of data — including local cases, near and long‑term trends, and guidance from national and local health officials. These are not decisions we rush into — and a store opening in no way means that we won’t take the preventative step of closing it again should local conditions warrant.”

For investors looking to use ETFs to trade Apple, the Technology Select Sector SPDR Fund (XLK), which has gained more than 1.5% Monday, the iShares Global Tech ETF (IXN), and the Fidelity MSCI Information Technology Index ETF (FTEC) all have large allocations of the tech behemoth and got a boost Friday.
For more market trends, visit  ETF Trends.