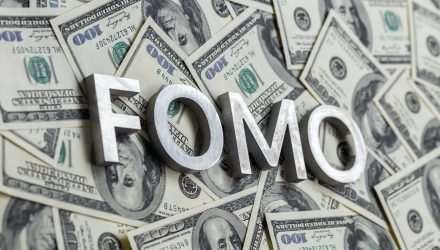 Richard Bernstein Warns Investors FOMO May Be Getting Out Of Control

Ian Young May 8, 2020
FOMO or the fear of missing out is a phenomenon that is linked to the core of human nature, but in the investing world can be particularly insidious.
The fear of missing out alludes to the feeling or perception that others are experiencing better things than you are, and is a concept that has driven markets for as long as they have been existence, compelling sidelined investors to jump into markets, often at the worst possible time.
Examples of FOMO throughout history litter the investing landscape with the empty accounts of overeager investors, from Tulip Mania to Bitcoin.
Now famed investor Richard Bernstein is admonishing investors that there may be too much focus on momentum trading and that exercising more caution may advisable.
“The fear of missing out is becoming a primary consideration for most investors, as opposed to watching fundamentals and being a little more shall we say prudent. I think momentum is taking over and the tentacles are taking over and that’s not usually how bull markets start,” Bernstein said on CNBC.
Bernstein is no stranger to how investing can lead to the effects of FOMO. Last year, before the whole coronavirus pandemic became headline news, Bernstein warned the investment community that something that made this market particularly different than other markets is that we were at all-time highs as opposed to early in the stock market cycle, and yet were still experiencing an earnings recession.

“I think the one thing that kind of people are missing out here is that earnings in the United States are still decelerating. I mean 2016, the trough in profit was the first quarter of 2016. So from that point forward you had accelerating earnings. Right now we still have decelerating earnings, and by our work, we would argue that in the first half of 2020 you could see a full-blown profits recession. That’s very very different from what you saw in 2016, or even 2012 when it was a very early cycle environment,” he explained in November.

The iShares Edge MSCI USA Momentum Factor ETF (MTUM) has rallied along with stocks since the March 23 low. Now with stocks having rallied more than 30% off their March lows, Bernstein warns that investors may be becoming overly bullish at the wrong time, resorting to the improper strategy for the environment and that observing before moving forward may make more sense.

“As a firm RPA is neither bullish nor bearish and I have to admit I’m a little confused at how people so convincing me to say they are bullish or bearish. And the reason I say that is we are and totally unchartered territory. None of us have ever seen a pandemic like this. None of us have ever seen economic recovery post-pandemic, and so I think to dramatically declare oneself as bullish or bearish seems premature. Both extremes seem premature to me,” he added.
Bernstein also states that investors may be too optimistic that the coronavirus pandemic is already winding up, and that could lead investors to push the market higher, further driving momentum-based strategies.
“I’m actually quite surprised that people aren’t more worried about a second wave. You know we’re opening up the economy at a time when certain states still have an accelerating number of cases. I think, you know, how can you be enthusiastic with that backdrop? And I think the New York/New Jersey area is skewing some of the national numbers,” he said.
For more news, information, and analysis, visit the Richard Bernstein Advisors Channel.